History of the Senior Center

Although Shirley Voirin wasn't born in Flower Mound, she’ll tell you she got here as quickly as she could. This Pittsburgh, Pennsylvania native moved to the Town in 1986, shortly after her daughter relocated to Flower Mound from North Dakota. Within a few years, Shirley got restless and saw the need for a local senior center. Soon, she started researching other senior centers in the area and gathered the demographic information showing the growing number of seniors in the Town.

In the 1990s, Shirley approached the Flower Mound Town Council about the feasibility of a senior center. Due to limited resources, it was not possible at the time but Shirley never gave up. She continued to do more demographic research and stayed in contact with Town officials. In 2004, Shirley started to see the fruits of her labor. She and approximately 12 other seniors formed a board that laid the ground work for the senior program.

Shirley and the board worked with the Town to create a formal seniors program that came to be known as Seniors in Motion. In 2005, the Town entered into an agreement with a local church to rent a portion of its facilities for the new program to have a meeting place. The growing Seniors in Motion subsequently moved to a dedicated section of the Town’s Community Activity Center called “Golden Lounge” in 2008. 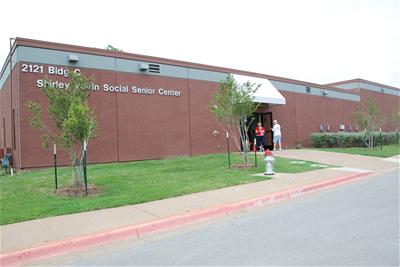 Even in the new facility, the program continued to add additional members through word-of-mouth and Shirley’s determination. In 2010, the Town began plans to renovate a building dedicated to the Seniors in Motion program at the southeast corner of Morriss and Cross Timbers Roads that had once served as the first Town Hall, the police station and a fire station. Shirley was overjoyed and, to her surprise, the Flower Mound Town Council named the new senior center after Shirley, the driving force behind the Seniors in Motion program. When the facility opened in August 2011, hundreds of seniors enjoyed the new location, from enjoying a meal, a competitive card game, or good conversation. To Shirley, her vision had become a reality as the new senior center became a supportive environment that would allow its' members to enjoy their independence and encounter new friendships. 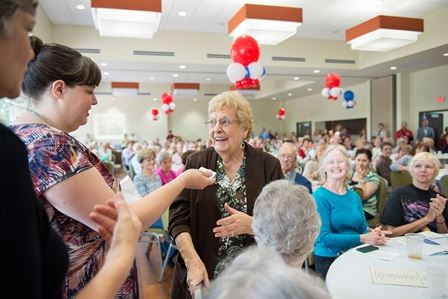 The Seniors In Motion program had finally outgrown the Shirley Voirin Social Senior Center and by Summer 2013 and the Flower Mound Town Council approved the location of the new senior center. The new location would be a 22,491 square foot building that holds a Fitness room, Library, Computer Room, Patio, Activity and Game Rooms, a Billiard Room, and a Ballroom named after Shirley Voirin. The grand opening for the new senior center was held on May 14, 2015, with a flow of over 500 residents that visited the new facility. The program has now reached over 1,200 members and counting, inviting residents of Flower Mound and surrounding cities of the Dallas/Fort Worth metroplex to become members. 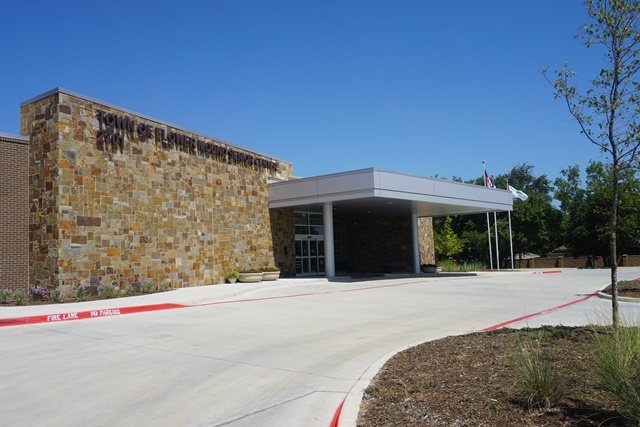