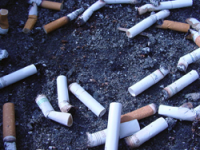 
The Don’t Mess with Texas program began in 1986. Texans and Flower Mound residents should pride themselves on keeping a clean environment. Below are several interesting facts that should be considered:


Below is a chart that shows the decomposition time for various types of litter: