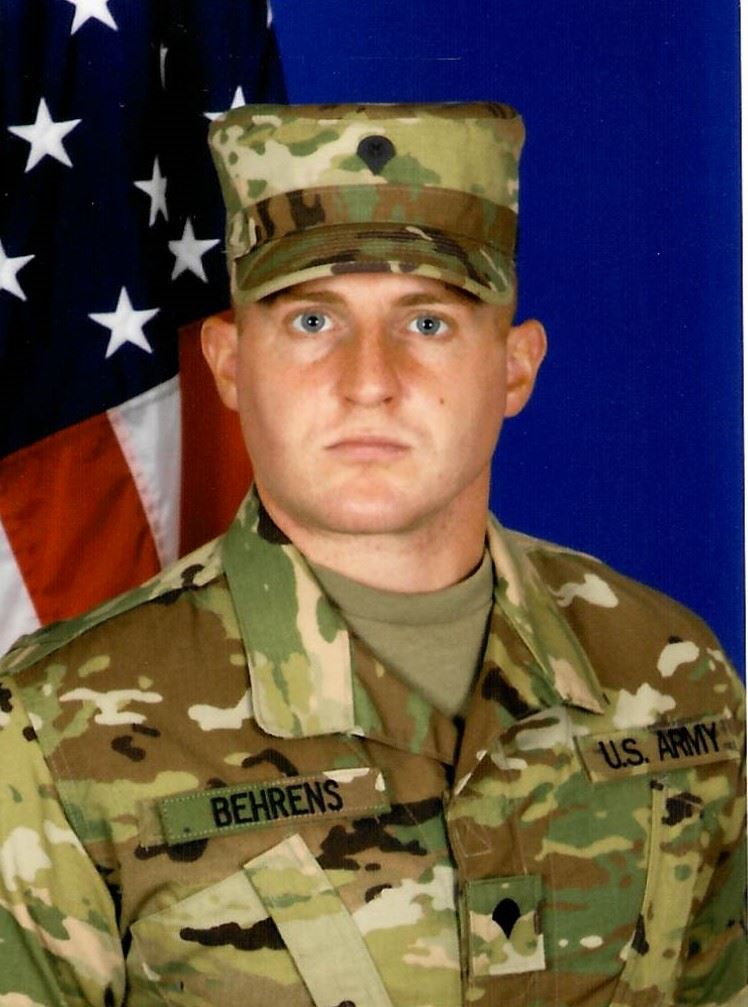 Specialist Taylor Behrens moved to Flower Mound in 1998. He played football for Lewisville Football Association and was a tight end during his football career for Flower Mound High School. While attending the University of Arkansas/Fayetteville, he joined the US Army ROTC program.  After graduation, having earned a bachelor's degree in marketing from UARK/Sam Walton School of Business, he decided to pursue his career with the United States Army, and completed Basic Training at Fort Sill, OK. Following basic training, Taylor was stationed at Fort Benning, GA to complete training as a Paratrooper and has since transferred to the 82nd Airborne, Fort Bragg, North Carolina where he is currently stationed.

Taylor plans a career with the United States Army and then aspires to become a fire fighter. Taylor joins his brother Sr. Staff Sgt. Ryan Dane (retired USAF) in his commitment to the United States Military and his family is proud and thankful for his service.