For the second year in a row, Flower Mound has been named the No. 1 “Most Livable Small City in the U.S.,” according to a study by SmartAsset, an online personal finance company. Researchers examined cities with populations between 65,000 and 100,000, comparing 11 key factors including: median home value to median income ratio, concentration of entertainment, restaurants, and health care establishments, and unemployment rate. Flower Mound is the only Texas community in the top 10. View the full study here. 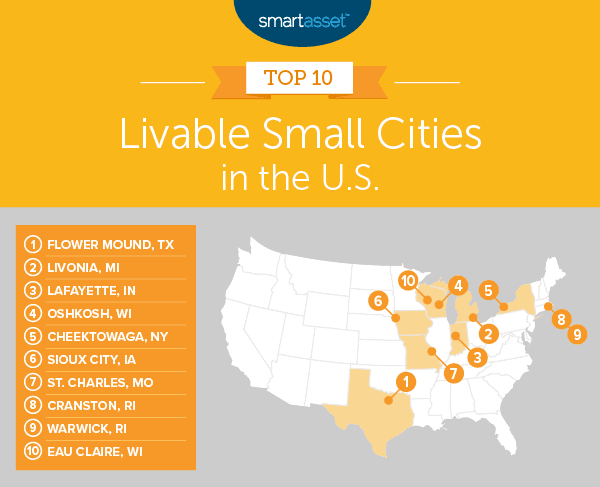 Flower Mound is the No. 1 “Best City to Live in Texas,” according to ChamberofCommerce.org, a digital resource for small business owners and entrepreneurs. Researchers ranked over 2,500 cities in Texas by five factors to calculate the scores: housing, employment, quality of life, education, and health. The article states Flower Mound “boasts a strong economy drive by its retail sector and introduction of light industry in recent years. The advantages to moving to Flower Mound are high.” The full study can be found here.

Flower Mound is the No. 1 safest city in Texas, according to a study by SafeHome, a research organization which studies home security equipment and monitoring plans. Researchers calculated safety scores by ranking 65 Texas communities with populations of at least 50,000 using the latest FBI crime data, population, and citizen-to-officer ratio. Flower Mound scored an impressive 90.42 and was recognized as one of the safest cities in the U.S. and the only Texas city in the top fifth percentile. Check out the full study here. 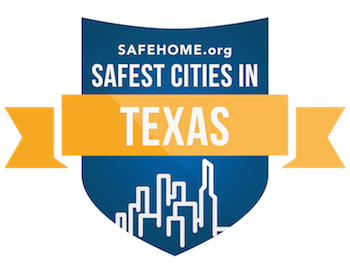 According to The Home Security Advisor, a home security system ranking website, Flower Mound is the No. 1 “Safest City in Texas” with a population over 50,000. To complete the rankings, Home Security Advisor staff reviewed the latest FBI crime stats and compared both violent (aggravated assault, robbery, etc.) and property crimes (burglary, motor vehicle theft, arson). Flower Mound ranked No. 14 overall for cities with populations of 10,000 residents or more, and is the largest community in the top 20. The full study can be found here.

No. 2 'Happiest Small Town in America'

Flower Mound is the No. 2 “Happiest Small Town in America,” according to a recent report by Top Counseling Schools, a website dedicated to providing information for counseling professionals and students. To complete their rankings, researchers used population, safety, education, median household income and property value, poverty rate, and employment rate statistics. Flower Mound is the highest ranked of three Texas cities to make the list. View the entire report here. 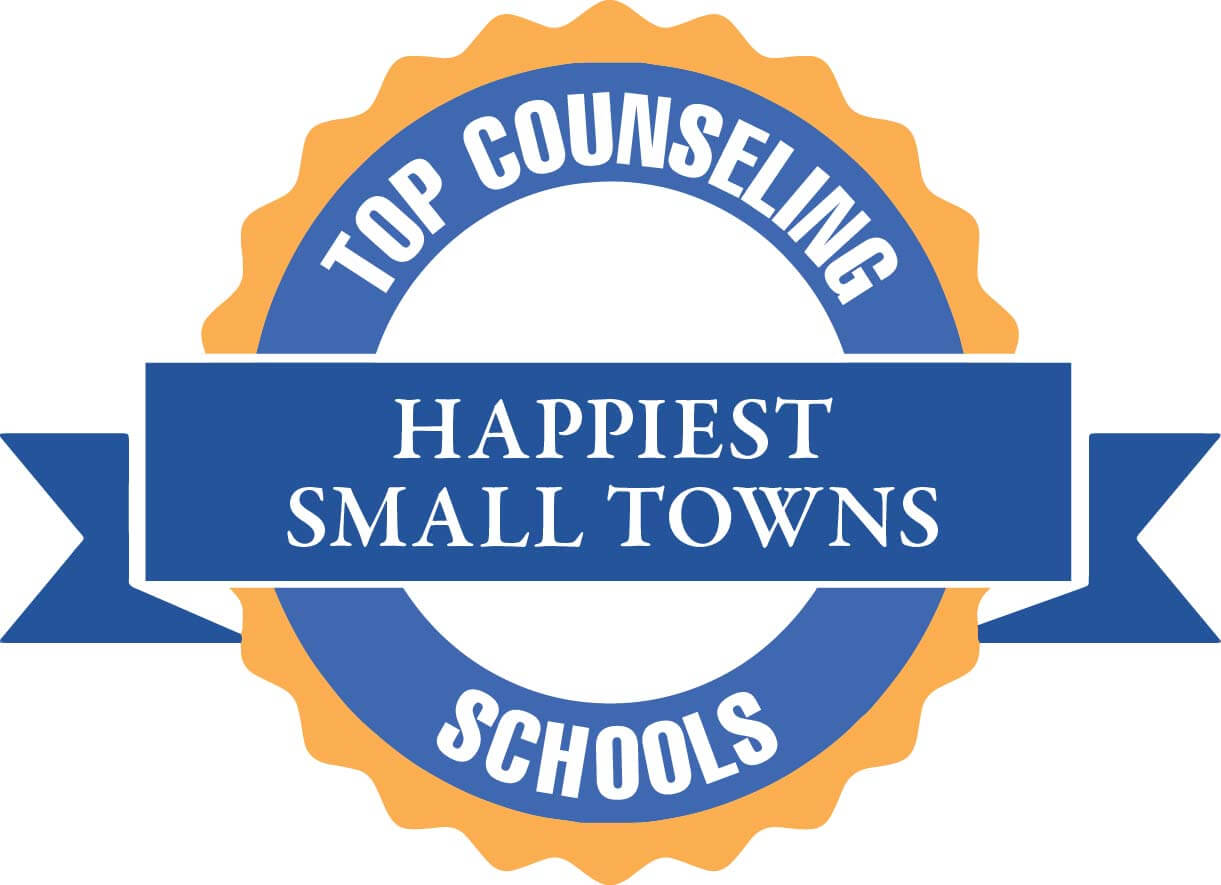 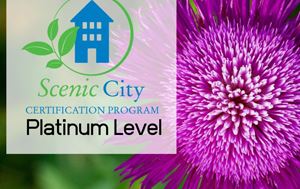 No. 4 'Best Cities for Families'

Flower Mound is the No. 4 “Best Cities for Families,” according to a recent study by ApartmentList, a real estate website. The study ranked 552 U.S. cities on four key factors: safety, housing affordability, education quality, and child friendliness. Flower Mound received an overall score of 92.785 and is the top Texas city on the list. View the full study here.

Flower Mound is the No. 5 “Safest City to Raise a Child” in the country, according to a study by SafeWise, a community-focused security organization. To compile the list, researchers examined the most recent FBI violent and property crimes data. In addition, Flower Mound is the only Texas community in the top 10. View the full study online.

According to SafeWise, a community-focused security organization, Flower Mound is ranked No. 16 on its “Texas’s 50 Safest Cities of 2019” list. To compile the list, SafeWise used the most recent FBI crime data from 2017 and population data to analyze and rank each city. For more information, visit the full report. 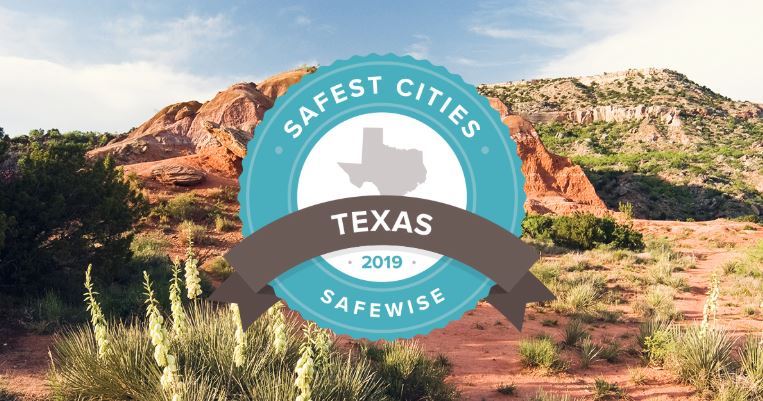 The DFW region claims five of the top 50 boomtowns nationwide. In addition to Flower Mound’s ranking, other top-ranking DFW boomtowns include Denton (#2), Frisco (#13), McKinney (#14), and Allen (#37). All five DFW cities have top 10 rates for five-year growth in the number of local businesses; Flower Mound experienced an approximate 18.6 percent increase in this category. View the full report online.

Flower Mound was recognized as a “Fiber-Friendly City” by BroadbandNow, an online tool dedicated to comparing Internet service providers throughout the U.S. Cities are recognized as fiber-friendly if 90 percent or more of residents have access to at least one fiber broadband provider (almost 1,700 cities were overall recognized). Flower Mound, with 93.37 percent fiber availability, is the 16th most connected city in Texas, ahead of Lewisville (43), Southlake (55), Coppell (58), and Argyle (234). Read more about Flower Mound’s results online.

Congratulations to the Town’s Parks and Rec Department for winning two prestigious awards at the Texas Recreation and Park Society North Region conference. Flower Mound was recognized with the Lone Star Programming Award for its “FM Wild!” program as well as the “Committee’s Choice” award for the Chalk the Walk event. Both of these programs were new for 2019 and were a hit with residents.

The Texas Recreation and Park Society (TRAPS) is a nonprofit educational and professional organization to advance the profession of parks, recreation and leisure services in Texas.

The 14th annual “Best Of” edition asked residents to cast votes in over 350 categories to help determine the best in everything from education, to beauty and wellness, to dining, entertainment, and retail. Mayor Dixon was nominated and collected the most resident votes in the Community and Non-Profit category. View the full list of winners here. 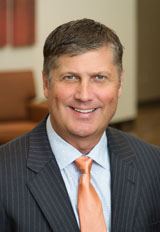 In December, the Town of Flower Mound was awarded the DFW Clean Cities 2019 Silver Fleet Award for the Town’s contributions to reduce transportation energy impacts and improve air quality through clean city and alternative fuel initiatives.

This was the first year the Town received the Silver Fleet Award, earning the Bronze Fleet Award in 2018, 2017, 2016, and 2015. Fleet recognition is based on the North Central Texas Council of Governments (NCTCOG) annual DFW Clean Cities survey. Each year, NCTCOG re-evaluates the scoring structure and Fleet Departments are scored according to certain criteria highlighted by the U.S. Department of Energy. To learn more about Flower Mound Fleet Services, watch the “At Your Service” segment on the Town’s YouTube Channel.

The Flower Mound Public Library was awarded the 2019 Denton County Master Gardener Association’s Community Partner Award. It is presented periodically to organizations that support the goals and efforts of the DCMGA. In 2019, the Library celebrated 10 years of partnering with the DCMGA to present the annual spring gardening series, consisting of four different gardening topics.

There were more than 700 entries in the 2019 3CMA Savvy Awards competition, from two countries and more than 200 cities/counties.

The Town was honored in the following categories:

Profile of a City/County Department 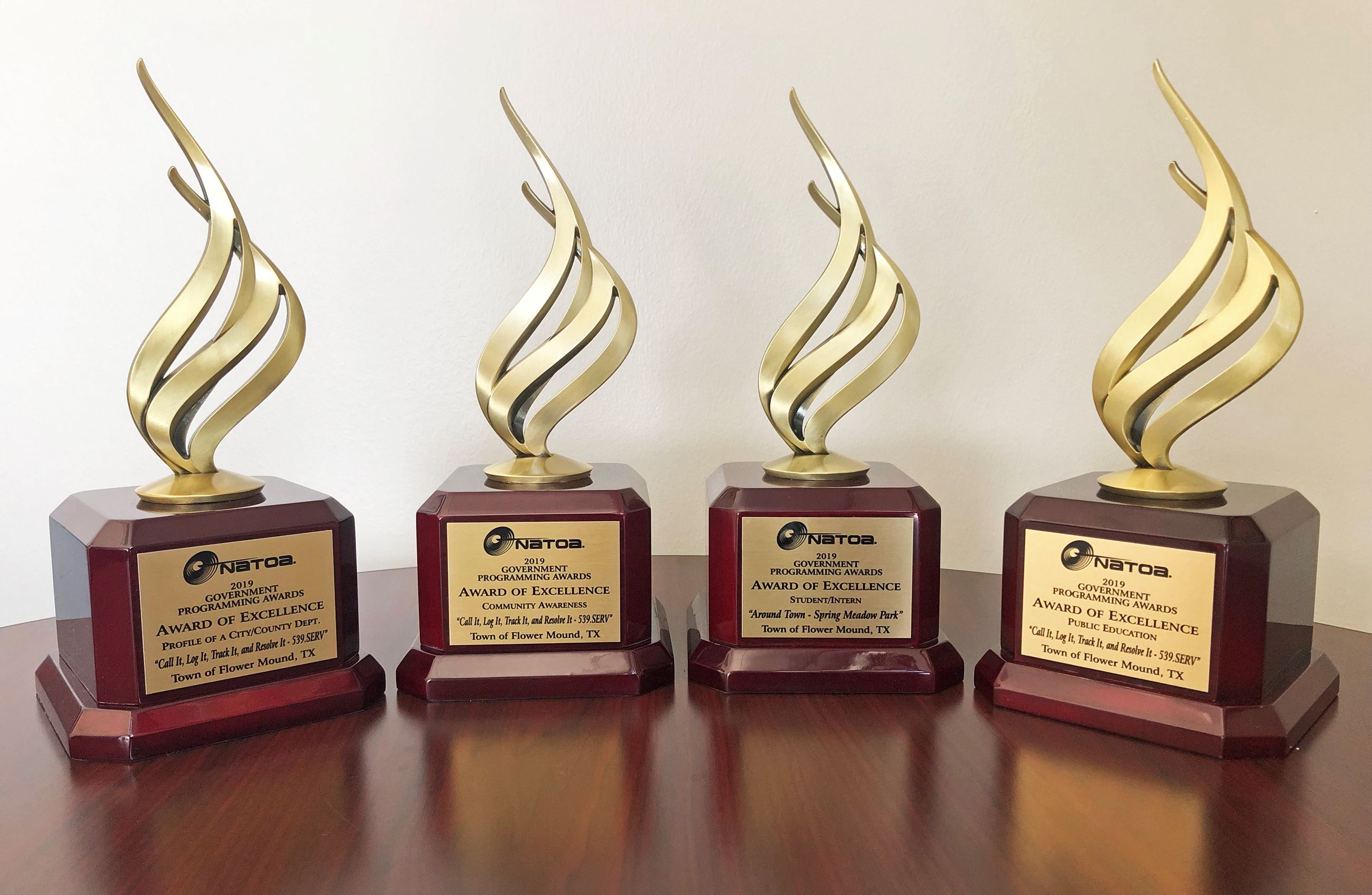 The Town was honored in the following categories:

The awards recognize outstanding communication by Texas communities in a variety of categories. Judging is conducted by non-TAMIO members with expertise in communications and municipal government. To view all of Flower Mound’s award-winning programming, visit the Town’s YouTube channel. 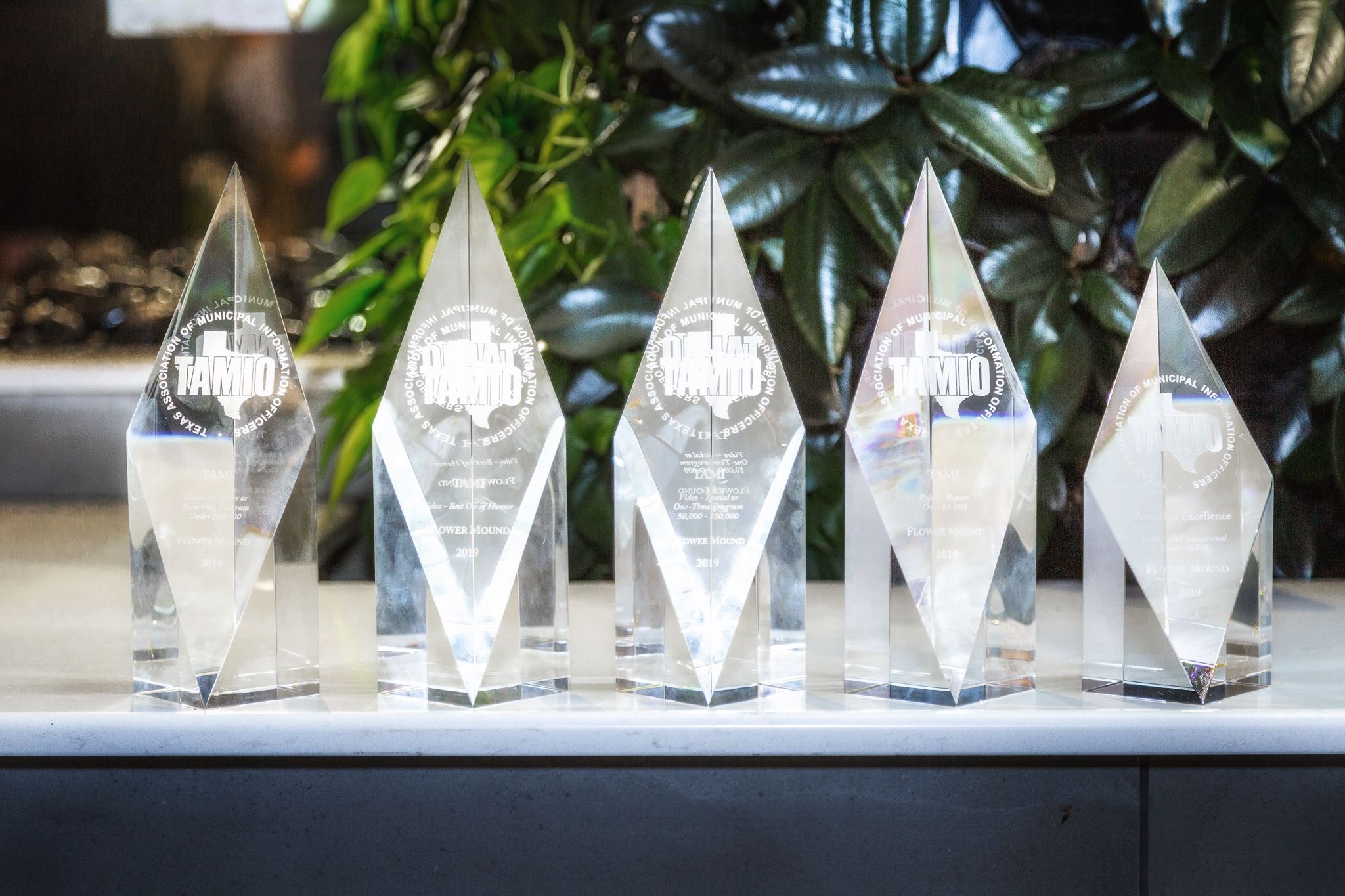 For the second consecutive year, Flower Mound Communications took home the most prestigious first place trophy of the night, the Overall Excellence in Programming award, which judges a municipality’s video programming as a whole. Other first place video project awards include:

In addition, the Town also received two second place awards, one third place award, and two honorable mentions for additional video projects. Watch all the award-winning videos and more by subscribing to the Town of Flower Mound YouTube channel. 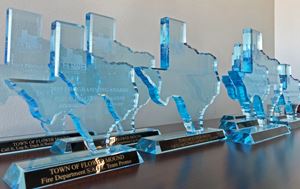