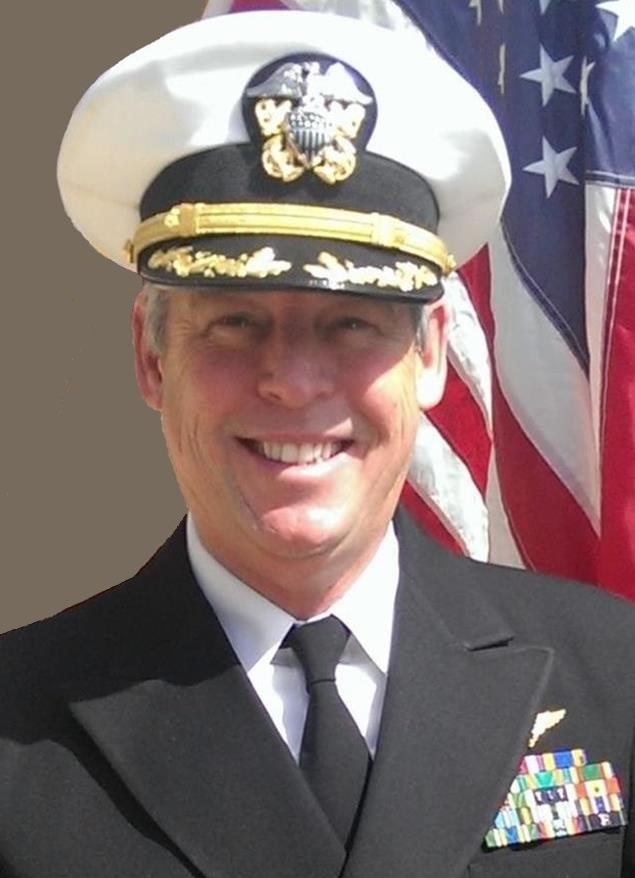 Captain David Allen Kunsky, Jr. was commissioned via the Aviation Officer Candidate School in 1985 and was designated a Naval Aviator in 1987 in Kingsville, Texas. He then trained in the EA6B Prowler at NAS Whidbey Island. He was subsequently assigned to the VAQ-138 “Yellow Jackets” Squadron and deployed aboard the USS Nimitz and later, the USS Constellation.

Captain Kunsky has deployed aboard four Super Carriers during his career and sailed most of the major oceans of the world. He has logged over 3500 cumulative flight hours and accumulated 512 arrested carrier landings. In April 1997 he flew more than 25 combat missions in support of Operation Southern Watch.

He has held multiple leadership positions, including Commanding Officer of a large Naval Air Base Support Unit, whose members earned the coveted Barto Award. Nearly half the unit’s members mobilized in support of Operations NOBLE EAGLE and ENDURING FREEDOM after September 11th. In his final assignment as a Senior AIRWING STRIKE instructor, he has trained and mentored many of our nation’s young Carrier Aviators.

He is a Graduate of the Naval War College and the Joint Forces Staff College, completing the renowned Joint Professional Military Education (JPME) program. He has earned numerous military awards and decorations for distinguished service including the Meritorious Service Medal with 3 Gold Stars, the Navy Air Medal, the Navy and Marine Corps Commendations Medal with 2 Gold Stars, as well as ten other medals for various achievements and commendations.