Citing infrastructure improvements and economic development, CNN Money Magazine ranked Flower Mound No. 32 on the Top 100 “Best Places to Live” in 2012. The Town was one of five Texas municipalities to be chosen for the list, which was unveiled on August 20, 2012. Flower Mound also appeared on the list of “Top Earning Towns,” also released by CNN Money Magazine. The Town was ranked No. 19 of 25 municipalities and was noted for attracting high-earning commuters looking for top-notch schools and safe neighborhoods. With a median income of $119,251 and median home price of $250,000, Flower Mound was one of two Texas communities featured on this prestigious list. This was the first time the community has appeared on either list.

The Town of Flower Mound was recognized for the ninth consecutive year as the most technologically advanced city in the nation in the population category of 30,000 to 74,999 by the Center for Digital Government (CDG). The CDG is the premier government technology watch group which tracks and monitors how cities are using technology to deliver services to their citizens. The rankings are based on a variety of factors including website features and services, network connectivity methods, data redundancy, network security, and other technological systems. 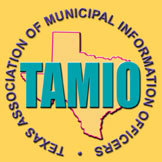