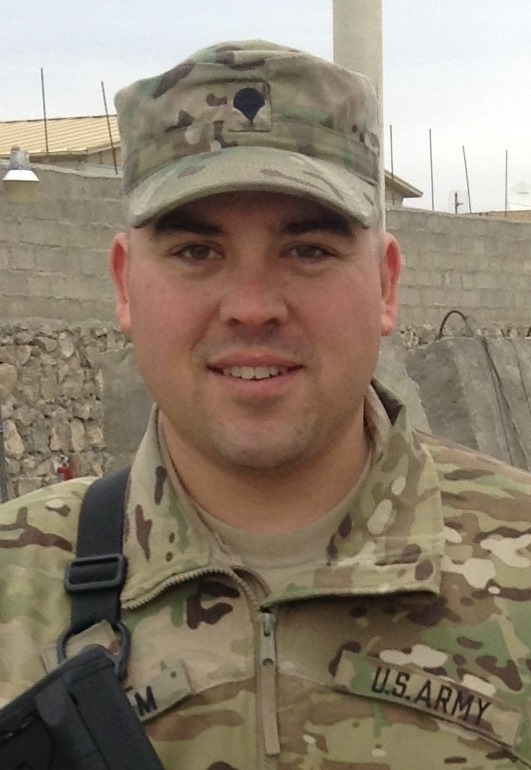 Specialist Justin L. Durham is currently serving overseas in Kabul, Afghanistan with the 284th Engineering Company in the Army Reserves. Justin has been serving in the Army Reserves for 12 years, and this is his third deployment. He served in Operation Iraqi Freedom in two separate year-long deployments, the first in 2004-2005 and again in 2009-2010 in Iraq, receiving recognition for his combat and engineering achievements.

Justin was already enlisted in the Army Reserves when he graduated from Marcus High School in 2003. He was active in the Junior ROTC program, as were many of his friends. He was born in Alexandria, Louisiana, but spent most of his childhood in New York State. Justin’s family moved to Texas in 1997 and lived in the Flower Mound area until he graduated from high school, but are still in the local area. His brother is also currently serving in Afghanistan. Justin's wife and family are proud and thankful for his service.